Excerpt from Farewell to Arms (Ernest Hemingway) - From Chapter 30 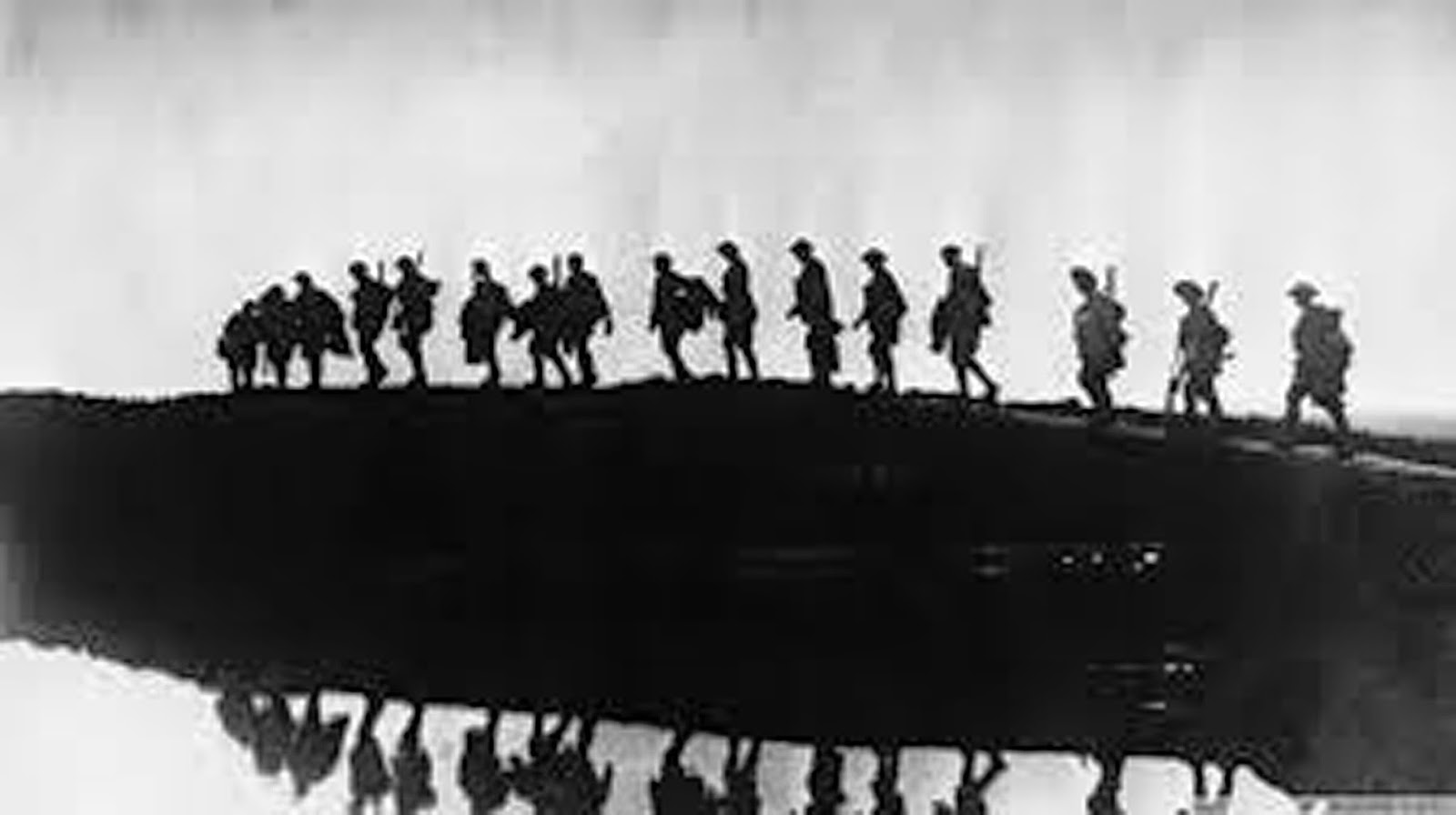 Excerpt from Farewell to Arms (Ernest Hemingway) - From Chapter 4 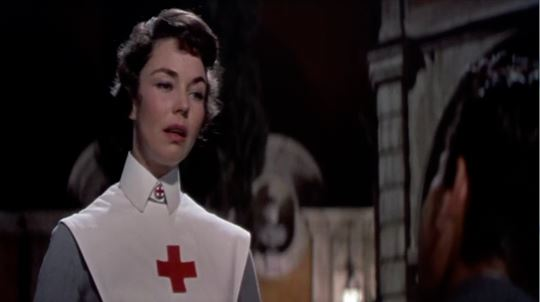 It was hot walking through the town but the sun was starting to go down and it was very pleasant. The British hospital was a big villa built by Germans before the war. Miss Barkley was in the garden. Another nurse was with her. We saw their white uniforms through the trees and walked toward them. Rinaldi saluted. I saluted too but more moderately.

Rinaldi was talking with the other nurse. They were laughing.

"What an odd thing — to be in the Italian army."

"It's not really the army. It's only the ambulance."

"I don't know," I said. "There isn't always an explanation for everything."

"Oh, isn't there? I was brought up to think there was."

"Do we have to go on and talk this way?"

"What is the stick?" I asked. Miss Barkley was quite tall. She wore what seemed to me to be a nurse's uniform, was blonde and had a tawny skin and gray eyes. I thought she was very beautiful. She was carrying a thin rattan stick like a toy riding-crop, bound in leather.

"It belonged to a boy who was killed last year."

"He was a very nice boy. He was going to marry me and he was killed in the Somme."

"It was a ghastly show."

"I've heard about it," she said. "There's not really any war of that sort down here. They sent me the little stick. His mother sent it to me. They returned it with his things."

"Had you been engaged long?"

"Eight years. We grew up together."

"And why didn't you marry?"

"I don't know," she said. "I was a fool not to. I could have given him that anyway. But I thought it
would be bad for him."

"Have you ever loved anyone?"

We sat down on a bench and I looked at her.

"You have beautiful hair," I said.

"I was going to cut it all off when he died."

I did not say anything.

"I didn't know about anything then. I thought it would be worse for him. I thought perhaps he couldn't stand it and then of course he was killed and that was the end of it."

We looked at Rinaldi talking with the other nurse.

"Ferguson. Helen Ferguson. Your friend is a doctor, isn't he?"

"It's a silly front," she said. "But it's very beautiful. Are they going to have an offensive?"

"Then we'll have to work. There's no work now."

"Have you done nursing long?"

"Since the end of 'fifteen. I started when he did. I remember having a silly idea he might come to the hospital where I was. With a sabre cut, I suppose, and a bandage around his head. Or shot through the shoulder. Something picturesque."

"This is the picturesque front," I said.

"Yes," she said. "People can't realize what France is like. If they did, it couldn't all go on. He didn't have a sabre cut. They blew him all to bits."

I didn't say anything.

"Do you suppose it will always go on?"

"It will crack somewhere."

"We'll crack. We'll crack in France. They can't go on doing things like the Somme and not crack."
Posted by owenchoi.com at 7:34 AM No comments: Links to this post 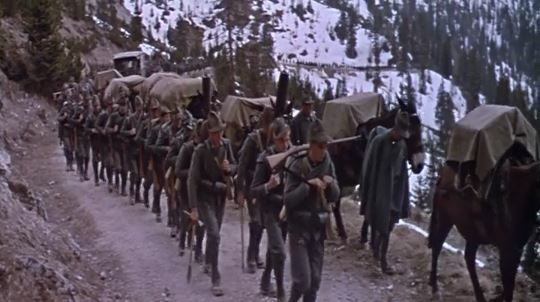 Posted by owenchoi.com at 1:17 PM 4 comments: Links to this post

Is this magic or real?
Posted by owenchoi.com at 2:59 AM No comments: Links to this post 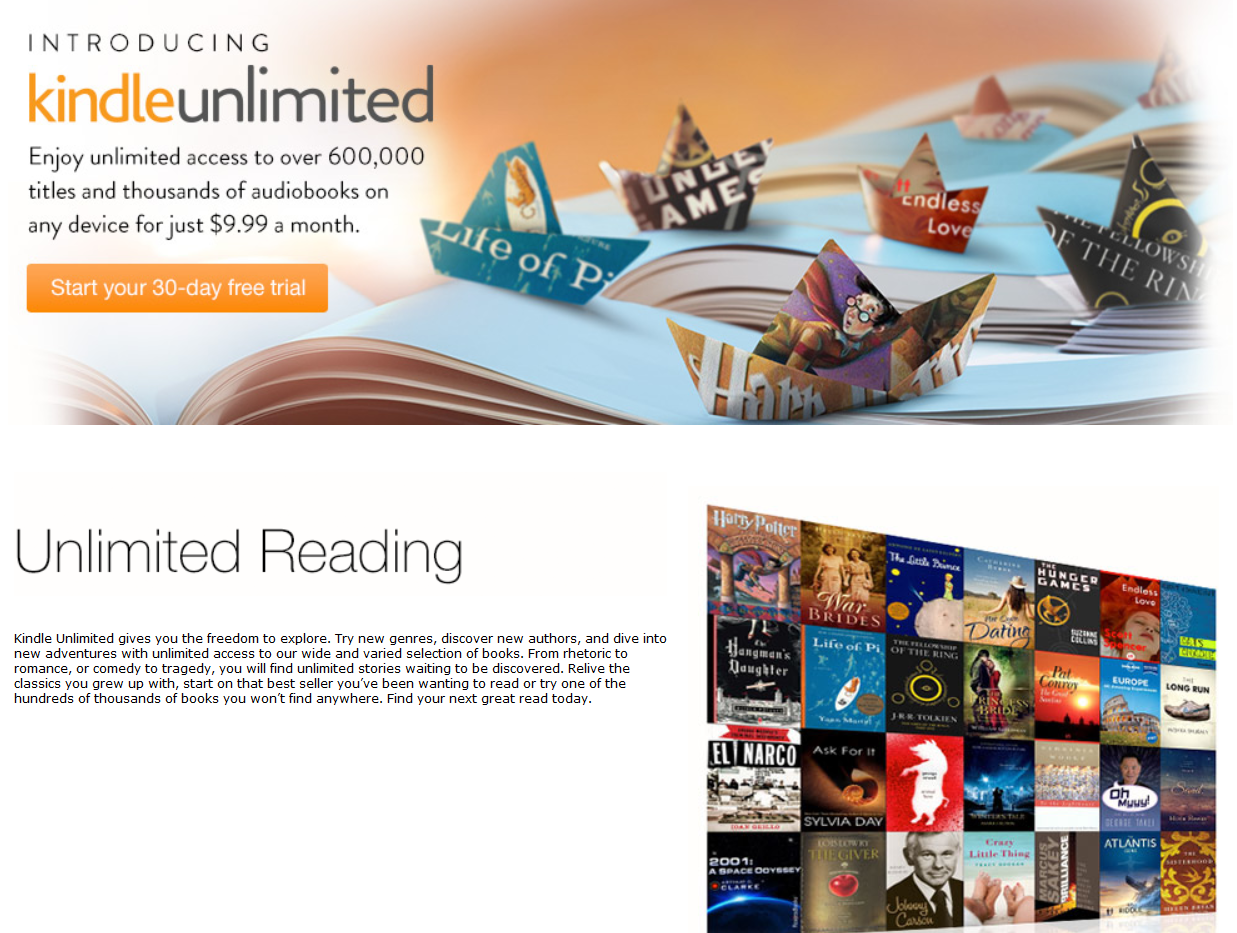 KindleUnlimited might be beneficial for many readers. At $9.99 a month, you can read unlimited number of books.

A 30-day free trial gives you a good option to taste it.

Go to KindleUnlimited on amazon.com

Posted by owenchoi.com at 5:34 AM No comments: Links to this post