The National Research Council's video that explains how scientists have arrived at the current state of knowledge about recent climate change and its causes. This is part seven of a seven-part series, available on the National Academies channel.
Posted by owenchoi.com at 11:08 AM 3 comments: Links to this post 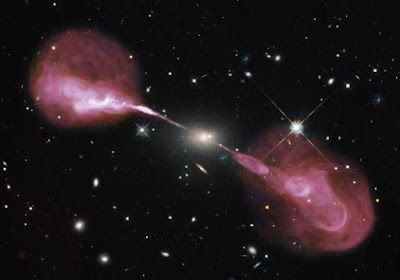 A Supermassive Black Hole in Action

The yellow-hued object at the center of the frame is an elliptical galaxy known as Hercules A, seen by the Earth-orbiting NASA/ESA Hubble Space Telescope. In normal light, an observer would only see this object floating in the inky blackness of space.

However, view Hercules A with a radio telescope, and the entire region is completely transformed. Stunning red–pink jets of material can be seen billowing outwards from the galaxy – jets that are completely invisible in visible light. They are shown here as seen by the Karl G. Jansky Very Large Array radio observatory in New Mexico. These radio observations were combined with the Hubble visible-light data obtained with the Wide Field Camera 3 to create this striking composite.

Could there be many things around us, which we cannot detect yet, even with modern technology? Such as how miraculous things happen?
Posted by owenchoi.com at 10:21 AM 2 comments: Links to this post 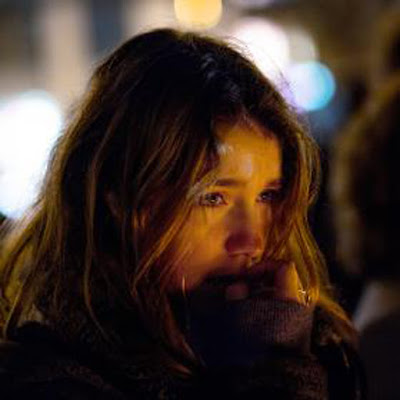 (From Time Magazine's Lightbox)
Photographer William Daniels, like many of his peers in Paris, was dining out when he first heard of the terror attacks that killed at least 129 people on Nov. 13. But, unlike most of his colleagues, Daniels didn’t grab his camera to cover the attacks’ aftermath.
“I wondered whether I should go and work, but I guess because these attacks happened so close to me, my neighborhood, my friends, my Parisian life, I didn’t go,” says the photographer, who lives down the street from the Bataclan concert hall, one of the terrorists’ targets. “And probably because I was scared too.” 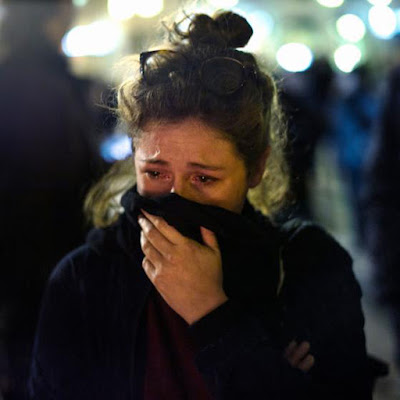 The next day, however, as a continuous stream of people gathered on Republique Square in the center of Paris, Daniels started photographing. “Regardless of the fear, people kept coming,” he says. “That first night, I spent only one hour on the square, I couldn’t do more. Some say a photographer works better when he feels touched by the story. It is true until a certain point.” But in the following days, Daniels felt he had to go back. “I started to photograph people’s faces, all were extremely expressive, some crying, some staring with their gaze lost, some embracing each other in search of consolation from their partner,” he described. “All silent.”
Posted by owenchoi.com at 8:04 PM 1 comment: Links to this post