Why smart people are better off with fewer friends 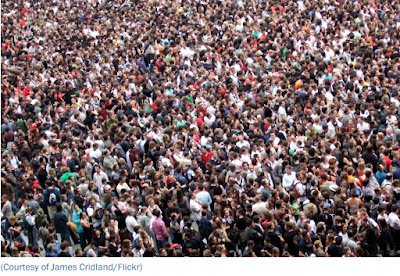 Hell might actually be other people  -- at least if you're really smart.

That's the implication of fascinating new research published last month in the British Journal of Psychology. Evolutionary psychologists Satoshi Kanazawa of the London School of Economics and Norman Li of Singapore Management University dig in to the question of what makes a life well-lived. While traditionally the domain of priests, philosophers and novelists, in recent years survey researchers, economists, biologists and scientists have been tackling that question.

Kanazawa and Li theorize that the hunter-gatherer lifestyles of our ancient ancestors form the foundation for what make us happy now. "Situations and circumstances that would have increased our ancestors’ life satisfaction in the ancestral environment may still increase our life satisfaction today," they write.

They use what they call "the savanna theory of happiness" to explain two main findings from an analysis of a large national survey (15,000 respondents) of adults aged 18 to 28.

First, they find that people who live in more densely populated areas tend to report less satisfaction with their life overall. "The higher the population density of the immediate environment, the less happy" the survey respondents said they were. Second, they find that the more social interactions with close friends a person has, the greater their self-reported happiness.

But there was one big exception. For more intelligent people, these correlations were diminished or even reversed.

"The effect of population density on life satisfaction was therefore more than twice as large for low-IQ individuals than for high-IQ individuals," they found. And "more intelligent individuals were actually less satisfied with life if they socialized with their friends more frequently."

Let me repeat that last one: When smart people spend more time with their friends, it makes them less happy.

Why would high population density cause a person to be less happy? There's a whole body of sociological research addressing this question. But for the most visceral demonstration of the effect, simply take a 45-minute ride on a crowded rush-hour Red Line train and tell me how you feel afterward.

Kanazawa and Li's second finding is a little more interesting. It's no surprise that friend and family connections are generally seen as a foundational component of happiness and well-being. But why would this relationship get turned on its head for really smart people?

I posed this question to Carol Graham, a Brookings Institution researcher who studies the economics of happiness. "The findings in here suggest (and it is no surprise) that those with more intelligence and the capacity to use it ... are less likely to spend so much time socializing because they are focused on some other longer term objective," she said.

Think of the really smart people you know. They may include a doctor trying to cure cancer or a writer working on the great American novel or a human rights lawyer working to protect the most vulnerable people in society. To the extent that frequent social interaction detracts from the pursuit of these goals, it may negatively affect their overall satisfaction with life.

But Kanazawa and Li's savanna theory of happiness offers a different explanation. The idea starts with the premise that the human brain evolved to meet the demands of our ancestral environment on the African savanna, where the population density was akin to what you'd find today in, say, rural Alaska (less than one person per square kilometer). Take a brain evolved for that environment, plop it into today's Manhattan (population density: 27,685 people per square kilometer), and you can see how you'd get some evolutionary friction.

Similarly with friendship: "Our ancestors lived as hunter–gatherers in small bands of about 150 individuals," Kanazawa and Li explain. "In such settings, having frequent contact with lifelong friends and allies was likely necessary for survival and reproduction for both sexes." We remain social creatures today, a reflection of that early reliance on tight-knit social groups.

The typical human life has changed rapidly since then -- back on the savanna we didn't have cars or iPhones or processed food or "Celebrity Apprentice" -- and it's quite possible that our biology hasn't been able to evolve fast enough to keep up. As such, there may be a "mismatch" between what our brains and bodies are designed for, and the world most of us live in now.

To sum it all up: You've heard of the paleo-diet. But are you ready for paleo-happiness?
There's a twist, though, at least as Kanazawa and Li see it. Smarter people may be better equipped to deal with the new (at least from an evolutionary perspective) challenges present-day life throws at us. "More intelligent individuals, who possess higher levels of general intelligence and thus greater ability to solve evolutionarily novel problems, may face less difficulty in comprehending and dealing with evolutionarily novel entities and situations," they write.

If you're smarter and more able to adapt to things, you may have an easier time reconciling your evolutionary predispositions with the modern world. So living in a high-population area may have a smaller effect on your overall well-being -- that's what Kanazawa and Li found in their survey analysis. Similarly, smarter people may be better-equipped to jettison that whole hunter-gatherer social network -- especially if they're pursuing some loftier ambition.

It's important to remember that this is an argument Kanazawa and Li are proposing and that it's not settled science. "Paleo-" theories -- the idea that our bodies are best adapted to the environment of our earliest ancestors -- have come under fire in recent years, especially as food companies and some researchers over-hyped the alleged benefits of the paleo-diet fad.

Kanazawa and Li's main findings about population density, social interaction and happiness are relatively uncontroversial. But Brookings' Carol Graham says one potential flaw in their research is that it defines happiness in terms of self-reported life satisfaction ("How satisfied are you with your life as a whole?"), and doesn't consider experienced well-being ("How many times did you laugh yesterday? How many times were you angry?" etc.). Survey researchers know that these two types of questions can lead to very different assessments of well-being.

For their part, Kanazawa and Li maintain that that distinction doesn't matter too much for their savanna theory. "Even though our empirical analyses... used a measure of global life satisfaction, the savanna theory of happiness is not committed to any particular definition and is compatible with any reasonable conception of happiness, subjective well-being, and life satisfaction," they write.
Kanazawa himself is no stranger to controversy. In 2011 he wrote a blog post for Psychology Today entitled "Why Are Black Women Less Physically Attractive Than Other Women?" The post ignited a firestorm of criticism and was swiftly taken down.

His current research on well-being is not likely to generate as much criticism as that blog post. But the evolutionary perspective on happiness and intelligence is likely to prompt some heated discussion in the field.

In an email, Kanazawa said that his approach to understanding happiness is fundamentally different than the arguments about, say, the benefits of a paleo-diet. "Blindly introducing our ancestors’ diet when we do not have other aspects of the ancestral life seems like a dangerous and nonsensical prescription to me," he said. "I only explain nature; I do not tell people what to do or not to do," he added.